by writer873
published on 18 January 2012
Send to Google Classroom:

By definition, a forum in Ancient Rome was meant as a gathering place for the people. Commercial exploits were obviously highly successful in the merchant forums of Rome, where all matter of food products and the citizens of the city could buy other necessities from local and traveling merchants. Beginning early in Rome's history, during the period of the Republic, the commercial forums became very important areas of business, socializing, and religious rituals. Some of Rome's more important commercial forums included:

Forum Boarium – This was the cattle market of Rome, where Romans came to buy meat. It was located near the Tiber River, which allowed ships from all over the known world to dock in order to sell their wares. This was the most important port in Rome, and the oldest forum in the city, dating back to the early Republican period.

In addition to being the place for Romans to buy their meat, the Forum Boarium was the site of the cult of Hercules, the Temple of Hercules Victor (dating back to 120 BCE), and the Temple of Portunus (dedicated to the Roman god of doors and cattle, and built around 100 BCE). Both temples survive in excellent condition today after being converted into Christian churches. The Forum Boarium also holds the distinction of being the location of Rome's first gladiatorial competition in 264 BCE.

Forum Holitorium – This early Republican forum was Rome's vegetable and herb market. It was paved in the 2nd century BCE, and was home to several temples, including one to Juno, Janus (Roman god of gates), and Spes (Roman goddess of hope). The ruins of these temples now lie beneath a modern church.

Forum Piscarium – This was Rome's fish market. Built during the early Republic, it was rebuilt in 209 BCE after a fire destroyed it the year before.

Forum Suarium – This later market dates to about 200 CE, according to several inscriptions. This was Rome's pork market.

Forum Vinarium – This was the wine market, and a hub of other commercial activity. Garum (a fish sauce popular in Roman cuisine) merchants also peddled there.

Forum Cuppendinis – This was a general market, where various types of goods and edible delicacies were sold.

In 179 BCE, many of the commercial forums of Rome were absorbed into the Macellum, a main food market. Among the affected forums were the Forum Piscarium and Forum Cuppendinis. Built by M. Fulvius Nobilior, the Macellum was a circular building that was surrounded by various shops. After the onset of the Imperial era of Rome, other macella were built throughout the city, and this first Macellum was likely destroyed to make room for grander and more important structures

The Roman Forum or Forum Romanum of ancient Rome was the bustling...
Article

Trajan's Market is the name given in the early 20th century CE...
Article

Food in the Roman World

The ancient Mediterranean diet revolved around four staples, which... 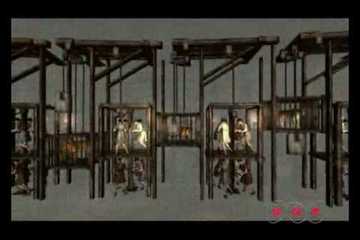 Historic Centre of Rome, the Properties of the Holy See in that City Enjoying ... (UNESCO/NHK)

Founded, according to legend, by Romulus and Remus in 753 BC, Rome...
Definition

Submitted by writer873, published on 18 January 2012 under the following license: Creative Commons Attribution-NonCommercial-ShareAlike. This license lets others remix, tweak, and build upon this content non-commercially, as long as they credit the author and license their new creations under the identical terms. Please note that content linked from this page may have different licensing terms.