Uluru (also known as Ayers Rock and pronounced: ool-or-roo) is a large natural sandstone rock formation located in the Northern Territory of Australia. It stands at a massive 348 meters tall and measures a lengthy 9.4 km in width. The sandstone that makes up Uluru is estimated to be around 600 million years old. Uluru is a sacred site to the Anangu tribes of Central Australia, the indigenous peoples of the Western Desert. Although it was 'found' by William Gosse working under the South Australian Government in 1873 CE, the Anangu people lived and inhabited the area for more than 30,000 years and still remain to this day. The name 'Ayers Rock' was given by Gosse in honour of the South Australian Premier at the time, Sir Henry Ayers. Uluru is home to many ancient petroglyphs and rock paintings. For the locals, including the Pitjantjatjara and Yankunytjatjara (both are indigenous language groups), the site also holds sacred traditions, culture, and rich history. Uluru, along with the surrounding Uluru-Kata Tjuta National Park, is listed as a UNESCO World Heritage site.

The religious and cultural traditions that the Anangu people practice are known as Tjukurpa. It has a multitude of meaning, but primarily symbolises the Anangu way of life and religious culture. Many of these Tjukurpa stories, songs, ceremonies, and dances focus on the creation of Uluru as well as the animals, people, and wildlife around the area. Furthermore, the importance of Uluru can be highlighted through its inseparable connection to Tjukurpa, or traditional law. The Anangu consider themselves linked to the traditional creator spirits of the land and believe they are directly descended from them, designated to protect and maintain the ancestral lands they inhabit. Because of this, Uluru remains an extremely sacred and protective site to the Anangu people. Uluru and the people who inhabit the area hold a plethora of ancient tradition, knowledge, wisdom, stories, songs, ceremonies, and history, which have been passed on from generation to generation, just as they have been for thousands of years. All the way from the original hunter-gatherers of ancient Uluru to the present day Anangu, these ancient traditions and religion are vastly important to the Anangu way of life and society.

Anangu rock paintings are made from a combination of natural minerals such as red and yellow ochre, iron-stained clays, desert oak, charcoal, and white ash. This rock art is found all around Uluru and the surrounding park area. These paintings and petroglyphs tie directly in the Anangu Tjukurpa culture. They are used for religious purposes by depicting creation stories and legends, similar to how other religions use scripture or written language to convey their ideas and philosophy. The Anangu ensure their tradition is passed on by using these rock artworks to teach both members and non-members of the tribe about their spiritual Dreamtime stories.

Unlike some other ancient histories and traditions, the ancient Anangu culture still survives and thrives to this day. Unfortunately, due to the sacred nature of the sites, and their belief that "knowledge is earned" (Uluru-Kata Tjuta National Park Visitor's Guide, 29), photography of a large portion of these ancient rock paintings and petroglyphs is forbidden by the Anangu.

Below is a short list of some significant, religious or sacred locations that would be used for ceremonies, teaching, and other activities related to the indigenous people at Uluru. At culturally sensitive sites no photography or filming is allowed.

Following the restoration of ownership of Uluru back to the Pitjantjatjara people in 1985 CE, Uluru has been jointly managed by both the National Parks and Wildlife Agency of Australia and the native peoples of the area. Uluru is an extremely rich and engaging historical location to visit, and the elders of the land often take famous or important visitors (such as world leaders) to the Mutitjulu Waterhole. The Anangu themselves do not climb Uluru and, although not strictly forbidden, request that visitors refrain from climbing due to its extremely sacred nature and historical significance. Not only does it hold the memories and traditions of ancient Australians but it is still taught and passed on by the Anangu people to this day. As archaeologist R.G. Gunn put it,

Much of the rock art of central Australia still retains a real significance for its Custodians - a significance that must be acknowledged by both site developers and researchers alike. (Gunn, 125)

Ancient History Encyclopedia has partnered with the UNESCO Archives...
Collection

Ancient History Encyclopedia has over 100 articles on UNESCO World... 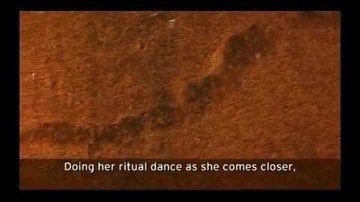 This collection is really dear to us as it is the fruit of our...
Image Gallery

Submitted by Jack Coller, published on 20 March 2019. The copyright holder has published this content under the following license: Creative Commons Attribution-NonCommercial-ShareAlike. This license lets others remix, tweak, and build upon this content non-commercially, as long as they credit the author and license their new creations under the identical terms. When republishing on the web a hyperlink back to the original content source URL must be included. Please note that content linked from this page may have different licensing terms.