Running a website with millions of readers every month is expensive. Not only do we pay for our servers, but also for related services such as our content delivery network, Google Workspace, email, and much more. We would much rather spend this money on producing more free history content for the world. Thank you for your help!
$1453 / $21000
❤ Donate

by Mark Cartwright
published on 29 September 2012

Achilles is a figure from Greek mythology and literature and star of the Trojan War. Leader of the fearsome Myrmidons, sacker of cities, and slayer of Hector, godlike Achilles was quite simply invincible in battle. Only the divine intervention of Apollo finally put an end to his long reign as the greatest Greek warrior of them all.

The bravest, strongest, and even the best-looking hero of the all-star Greek army that went to Troy to recapture Helen, Achilles was also rather too proud and bad-tempered for his own good, and his reckless rage would cost both his countrymen and the enemy dear.

In the Greek myths involving Achilles, the hero was born to Peleus and Thetis the Nereid. His mother, in order to make her son immortal and his body invulnerable, held him over a divine fire or in some accounts, the River Styx. However, the infant was suspended by his heel and so this part of his body remained mortal flesh and ultimately, this weakness would lead to Achilles' downfall. Thetis, knowing that her son was fated to a glorious but short life, sought to hide Achilles away from the world, and so the boy was raised on Skyros with the royal family of Lykomedes, even in some accounts disguised as a girl. Some accounts also credit the hero's education to Chiron, the wise centaur who also included Hercules in his roll of pupils. 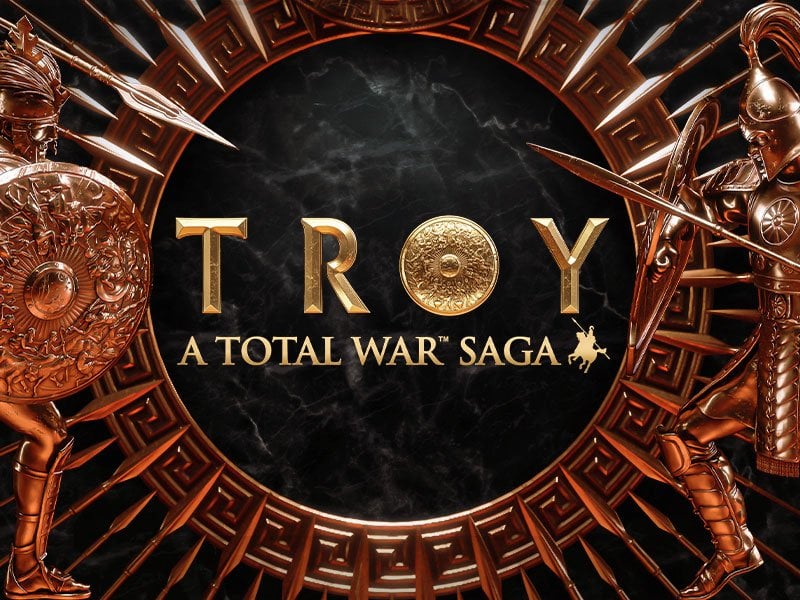 By far the richest source of our knowledge concerning Achilles' escapades is Homer's account of the Trojan War in the Iliad. Indeed, one may reasonably argue that Achilles is the star of the piece, and Homer himself describes his story as a tale of the rage of Achilles. Early on in the book, Odysseus, the wily king of Ithaca, is sent on a mission to find Achilles and persuade him to participate in the coming war between Greeks and Trojans. Odysseus was a formidable negotiator, and with Achilles' thirst for glory, the embassy was successful and Achilles, leaving behind his son Neoptolemus, sailed for Troy. With him went 50 fast ships, each carrying 50 men of his own private army, the Myrmidons - fearsome fighters who had been transformed from ants by Zeus himself and given to his son Aiakos, King of Aegina and father of Peleus.

The Achaean siege of Troy lasted for ten years, and during this time, Achilles excelled in battle and sacked no less than 23 cities in the surrounding area. Early on in the conflict, the hero also ambushed the Trojan prince Troilus as he drank at a spring and sacrificed him in honour of Apollo. This was fortuitous for the Greeks, as an oracle had decreed that if the prince were killed before he reached 20 years of age, then Troy would fall. In some accounts, the murder of Troilos occurred at a sanctuary of Apollo, and this may explain the archer god's fateful grudge against Achilles.

Things then were looking pretty good for the Greeks at this point, but their fortunes changed dramatically for the worse when Agamemnon, King of Mycenae and leader of the Greek forces, fell out with his greatest warrior and Achilles withdrew from the conflict. The quarrel started after Achilles had abducted two beauties in one of his raids - Briseis and Chryseis. Keeping the former for himself, he gave Chryseis to Agamemnon. However, Chryseis' father Chryses offered a tempting ransom for the girl's safe return. Agamemnon refused, and perhaps because the girl had been a priestess of Apollo, the god was displeased with the decision and sent a plague to wreak havoc amongst the Achaean camp. Agamemnon eventually relinquished his prize, but to console himself at his loss promptly took Briseis from Achilles. Miffed at this sleight and claiming he was dishonoured before all of his compatriots, Achilles and his Myrmidons stormed off to their camp to sit out the rest of the war.

Achilles the man-breaker, decked out in his divine armour was mad with rage.

Without their talismanic warrior, the Achaean army's fortunes waned and the Trojans took confidence from Achilles' absence, even reaching dangerously close to the walls of the Achaean camp in their attacks and managing to start a fire amongst the Greek ships. Agamemnon offered fabulous gifts and the return of Briseis but to no avail, and in this hour of great danger, even Achilles' great friend Patroclus (Patroklos) pleaded with the hero to re-enter the fray or at least allow him to lead out the Myrmidons in battle. Achilles agreed to the latter, and giving Patroclus his armour, made his friend promise only to engage in defensive action and not pursue the Trojans back to Troy. When the Trojans saw the armoured Patroclus, they thought that Achilles had re-entered proceedings and a panic ensued. Patroclus, flushed with success, ignored his leader's advice and chased after the fleeing Trojans, even killing the Lycian Sarpedon, a son of Zeus, and reached the walls of Troy. Unfortunately for the young warrior, Apollo, protector of the Trojans, decided at that moment to intervene, and he struck the helmet and armour from his body and guided the spear of Euphorbos to strike him in the back. Patroclus was only wounded by the blow, but Hector, the Trojan prince, was at hand to deliver the final, fatal blow. A long battle then followed over possession of the body, with the Achaeans, led by Menelaos and Ajax, finally managing to take the fallen Patroclus back to their camp.

The Rage of Achilles

When Achilles discovered the tragedy he was mad with rage; now he would fight and take terrible revenge for the death of his friend. He immediately asked his mother Thetis to provide new armour and she enlisted Hephaistos, the god of metallurgy, to forge for the hero the most magnificent armour ever made. Homer describes the armour in great detail; the gleaming shield depicted all manner of scenes in gold, silver, and enamel, the greaves were of shining tin, and the helmet had a crest of gold.

Achilles the man-breaker, decked out in his divine armour and still livid with rage, took to the battlefield once more and routed the enemy left, right, and centre, sending a long line of Trojan heroes down to Hades. He then went after Hector, and although Apollo tried three times to protect the prince in clouds of mist, the two finally met in single combat outside the walls of Troy. Hector, although a great warrior himself, was no match for Achilles, who swiftly dispatched the Trojan, and by tying him to his chariot, dragged the corpse in front of the city walls in full view of his grieving family and then back to the Achaean camp, a sacrilegious act, breaking all etiquette of ancient warfare.

Priam, King of Troy, travelled in secret to his enemy's camp in order to plead with Achilles to return the body of his son so that he might receive a proper burial. After a long and moving appeal and with a little extra counsel from Athena, Achilles finally agreed to the old king's request.

Notwithstanding these dramatic events, the war rumbled on and Achilles continued to dominate proceedings, even killing Memnon, King of the Ethiopians and nephew of Priam. However, the end was near for the great warrior. Just as his mother had feared, despite winning glory and renown, our hero was to be cut down in his prime. Once more, it was Apollo who intervened in man's affairs and directed an arrow let loose by Paris - the Trojan prince who had started the war in the first place by abducting fair Helen. Of course, the arrow hit the only vulnerable place, the heel, and so Achilles was sent down to Hades. The hero Ajax managed to recover the body and took it back to the Achaean camp where funeral games were held in honour of the fallen warrior. The magnificent armour, after a squabble with Ajax, was given to Odysseus, whose ruse of the wooden horse would finally bring an end to the siege and victory for the Greeks.

The Greek hero is a popular subject in ancient Greek art, appearing on vases from all over Greece, from Athens to Mykonos. Scenes on black- and red-figure pottery from the 7th to the 5th century BCE include Peleus giving his son to the care of Chiron, Achilles receiving his divine armour from his mother Thetis, the hero pursuing prince Troilus, slaying Hector and dragging the Trojan prince behind his chariot. Achilles, when in armour, most often wears a Corinthian helmet and a shield with a gorgon device. One of the most common representations (more than 150 exist) is a depiction of Achilles and Ajax dressed in their armour and casually playing a board game with dice during a respite in the Trojan War. Perhaps the most celebrated example is a black figure amphora dating from 530 BCE and now in the Vatican Museum.

We want people all over the world to learn about history. Help us and translate this definition into another language! So far, we have translated it to: German, Portuguese, Afrikaans, French, Spanish, Italian, Greek, Turkish, Russian, Serbian

Ajax is a play written by the 5th-century BCE Greek poet and dramatist...
Definition

Sarpedon is a figure from ancient Greek mythology, a Lycian prince...
Definition

The Trojan War was fought between Greeks and the defenders of the...
Definition

Homer's Iliad describes the final year of the Trojan War, a legendary...
Definition

Greek tragedy was a popular and influential form of drama performed...
Definition

Patroclus is a figure from Greek mythology who fought in the Trojan...

Submitted by Mark Cartwright, published on 29 September 2012. The copyright holder has published this content under the following license: Creative Commons Attribution-NonCommercial-ShareAlike. This license lets others remix, tweak, and build upon this content non-commercially, as long as they credit the author and license their new creations under the identical terms. When republishing on the web a hyperlink back to the original content source URL must be included. Please note that content linked from this page may have different licensing terms.