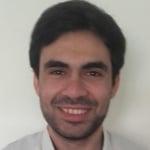 I have a degree in Legal Translation from the University of Buenos Aires and am currently working as a Translator and Translation Project Manager. I have also worked as an English Teacher at a police academy and volunteered as an English interpreter at the Youth Olympic Games Buenos Aires 2018. I have been passionate about foreign languages and Linguistics since I was 18, when I decided to learn a foreign language—Italian—as an autodidact for the first time. Since then, I have become fluent in Italian and Esperanto on my own and am currently studying Mandarin Chinese and Modern Greek. Eventually, a serious commitment to the study of these languages naturally led to a passion for their cultural heritage and Ancient History in general.

47,646 people have read this user's contributionsⓘ