Gentry Rhetoric: Literacies, Letters, and Writing in an Elizabethan Community

Running a website with millions of readers every month is expensive. Not only do we pay for our servers, but also for related services such as our content delivery network, Google Workspace, email, and much more. We would much rather spend this money on producing more free history content for the world. Thank you for your help!
$46 / $21000
❤ Donate 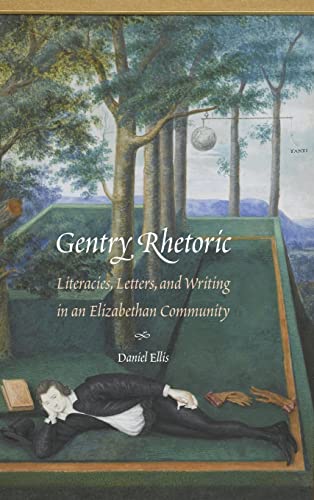 In this new research in literary history, Daniel Ellis studies how members of the gentry in Norfolk, England, during the 16th and 17th centuries used rhetoric and language norms to ideologically create their gentry community. Based on primary sources such as personal letters and print materials, this book is an intellectually engaging journey through language practices 400 years ago. Scholars and university students in literary studies and British history will benefit from this book.

European rhetoric and language usage have experienced many changes and modifications ever since ancient Greece and Roman orator Cicero's famous diction. Language, in history, has been used not just for functional communication but also as an icon to establish social identities or for regimes to instate their power. In Gentry Rhetoric: Literacies, Letters, and Writing in an Elizabethan Community, Daniel Ellis studies how members of the gentry in Norfolk, England, during the Elizabethan era used rhetorics and writing techniques in their everyday letter-writing to establish a communal gentry identity. This identity gave them a common tone in conversations or negotiations with each other over topics of land, law, and family. Ellis brings in both a variety of primary sources and the theories by modern linguists and historians, such as Walter Ong and Benedict Anderson. In the end, Ellis shows that the gentry class was tightly bonded by their shared language norms through sharing a common focus on literacy, property, and land, and this ideological bond gave them a sense of unity amid the English Civil War and other chaotic events in the 17th and 18th centuries. Rhetoric was, Ellis argues, not just flowery writing but something that could result in real-life actions taken by a community as a whole.

Rhetoric was, Ellis argues, not just flowery writing but something that could result in real-life actions taken by a community as a whole.

Chapter One sets the book's theoretical foundation by showing that, in the 16th century, English rhetoric became a writing style rather than something with functional purposes. For instance, in a letter by Anne Boleyn (c. 1501-1536), who grew up in a gentry family in Norfolk and became Henry VIII of England's second wife, the polite opening took up almost three times as much space as the letter's actual message. Chapter Two looks at two Norfolk writers and their language usages in showing a tone of pride in their social status. These two chapters, One and Two, could act as great stand-alone essays to read in a college classroom.

Chapter Three outlines how the writing of Elizabethan-era letters created a feeling of presence by establishing a feeling of closeness to the readers, thus eliciting the receivers to actions in the real world that fulfill the senders' messages. Chapters Four and Five study gentry communications' topic selection and writing style. Ellis points out that the gentry, with a great emphasis on land, focused many of their words on properties and laws regarding private territories.

The book could include more quotations from the primary sources that it cites. The author's wide scope connects multiple humanities disciplines, but being a book on a specific region and time, there is too much focus on developing a theoretical framework. Having an appendix that includes some Elizabethan-era letters in full, for example, can help readers to get a picture of the historical context. In other words, this book is more theory-based than written with a narrative style and might not be a leisure read for non-specialist readers.

Although the book's seven images of preserved Norfolk letters act more as visual breaks rather than sources of information, Ellis provides a very helpful bibliography and index for researchers. Benedict Anderson's Imagined Communities: Reflections on the Origin and Spread of Nationalism (1983), which Ellis references, would be a complementary read for readers interested in learning more about writing and communal identity.

Daniel Ellis is Associate Professor of English at St. Bonaventure University in the United States.Gentry Rhetoric provides literary studies with an important perspective that goes beyond a mere interpretation of the words' meanings and rethinks how the words of a social class played a larger role in communal identity, perception of property, and politics. Scholars and students from many humanities disciplines will find this book informative.

$63.60
free shipping worldwide
$65.00
plus shipping
By purchasing books through this website, you support our non-profit organization. World History Encyclopedia receives a small commission for each book sold through our affiliate partners.

Letters and their delivery via a state communication system was...
Definition

$63.60
free shipping worldwide
$65.00
plus shipping
By purchasing books through this website, you support our non-profit organization. World History Encyclopedia receives a small commission for each book sold through our affiliate partners.