Archaeology is a wide subject and definitions can vary, but broadly, it is the study of the culture and history of past peoples and their societies by uncovering and studying their material remains, i.e. tools, ruins, and pottery. Archaeology and history are different subjects but have things in common and constantly work with each other. While historians study books, tablets, and other written information to learn about the past, archaeologists uncover, date, and trace the source of such items, and in their turn focus on learning through material culture.

As much of human history is prehistoric (before written records), archaeology plays an important role in understanding the past. Different environments and climates help or hinder the survival of materials, e.g. papyri can survive thousands of years in the hot and dry desert but would not survive in damp conditions. Waterlogged conditions, such as bogs, can preserve organic material, like wood, and underwater wrecks are also excavated using diving equipment. Working everywhere from digging in the ground to testing samples in laboratories, archaeology is a wide-ranging discipline and has many subsections of expertise. The two rapidly widening areas are experimental archaeology and ethnoarchaeology. Experimental archaeology tries to recreate ancient techniques, such as glass making or Egyptian beer brewing. Ethnoarchaeology is living among modern ethnic communities, with the purpose of understanding how they hunt, work, and live. Using this information, archaeologists hope to better understand ancient communities.

Archaeology of the Past

The first scientific excavation has been attributed to Thomas Jefferson in Virginia, USA.

Archaeology as an academic study, career, and university subject is a fairly recent development. Nevertheless an interest in the past is not new. Humankind has always been interested in its history. Most cultures have a myth or story that explains their foundation and distant ancestors. Ancient rulers have sometimes collected ancient relics or rebuilt monuments and buildings. This can often be seen as political strategy - a leader wanting to be identified with a great figure or civilisation from the past. On the other hand, ancient leaders have also been known for their curiosity and learning. King Nabonidus of Babylon, for example, had a keen interest in the past and investigated many sites and buildings. In one temple, he found the foundation stone from 2200 years before. He housed his finds in a kind of museum at his capital of Babylon. The Roman and Greek historians wrote books about the past, and the stories of famous heroes and leaders have come down to us.

However, modern archaeology, or at least its theories and practice, stem from the antiquarian tradition. In the 17th and 18th centuries CE, wealthy gentleman scholars, or antiquarians as they are also known, began to collect classical artefacts. Fuelled by interest, they began to make some of the first studies of sites like Pompeii and drew ancient monuments in detail. The first scientific excavation has been attributed to Thomas Jefferson (third president of the United States of America) who dug up some of the burial mounds on his property in the state of Virginia, USA. The beginnings of modern field techniques were pioneered by General Augustus Lane-Fox Pitt Rivers, who excavated barrows at Camborne Chase with systematic recording and procedure. In the USA in the 1960s CE, archaeology went through a phase of new theories, often called processual archaeology. This approach has a scientific approach to questions and designs models to suggest answers and test its theories.

Archaeology is a time-consuming study; it often takes many years of toil before an archaeologist makes a breakthrough or discovers a site. Famous archaeologists are often connected to their most famous find or theory. To name the score of people who worked and made developments in archaeology would take a hundred pages; what follows are but a few: Howard Carter, an Englishman, who in 1922 CE discovered the tomb of the pharaoh Tutankhamun in Egypt; Leonard Woolley spent years excavating the ancient city of Ur in Mesopotamia; Heinrich Schliemann unearthed what is believed to be the mythical city of Troy, building on work done by an amateur archaeologist, Frank Calvert; Sir Arthur Evans excavated much of Knossos (on the island of Crete) and developed the concept of Minoan Civilization.

These men are all well-known for their famous finds but also made developments in field archaeology and techniques, although Heinrich Schliemann's methods of digging down very quickly and only recording the earlier levels are today questioned and criticised, as are the reports that he smuggled artefacts out of the country. Others such as Sir Mortimer Wheeler, Sir William Flinders Petrie, and Gordon Childe are famous for their methods of recoding, precision in excavations, and approaches to archaeology theory. Mary and Louis Leakey worked for many years in East Africa transforming our knowledge of human development and pushing back the dates of human ancestors by millions of years.

The work of other individuals, not all classified as archaeologists but rather as scholars, who worked for decades on the study of languages, should be mentioned. Jean-Francois Champollion cracked the Egyptian hieroglyphics in 1822 CE. Tatiana Proskouriakoff worked in the latter half of the 20th century CE on the problems of Maya hieroglyphic writing and contributed to the final breakthrough. In the 1850s CE Henry Rawlinson cracked the Mesopotamian cuneiform script.

Modern archaeology is a diverse field with many techniques in use. However, there are common ones that most archaeologists working in the field use:

By carefully studying a simple object, or mapping an ancient city or opening a forgotten tomb or excavating a sunken galleon, the past is opened up and we can all learn more about peoples and societies otherwise outside our reach. That is archaeology.

We want people all over the world to learn about history. Help us and translate this definition into another language! So far, we have translated it to: Indonesian, French, Italian

If you are reading this, you probably love history and archaeology...
Interview

Interview: Korea-Japan Relations Through the Prism of Archaeology 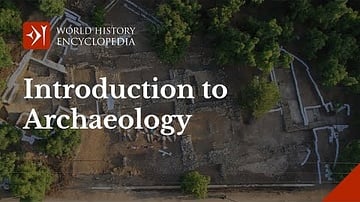 An Introduction to Archaeology: What is Archaeology and Why is it Important?

What is archaeology? In the broadest definition possible, archaeology...
Image

Archaeology on a small scale. Uncovering and recording pottery... 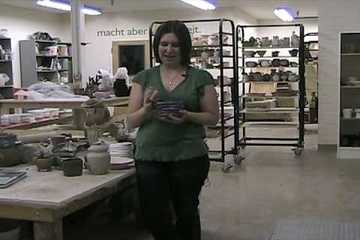 Christie says, "I am an archaeologist. I love the feel of dirt...
Image

Scientific and educational digging kit and ceramic puzzle at the...

Submitted by Maisie Jewkes, published on 15 July 2013. The copyright holder has published this content under the following license: Creative Commons Attribution-NonCommercial-ShareAlike. This license lets others remix, tweak, and build upon this content non-commercially, as long as they credit the author and license their new creations under the identical terms. When republishing on the web a hyperlink back to the original content source URL must be included. Please note that content linked from this page may have different licensing terms.