by Mark Cartwright
published on 02 May 2019
Send to Google Classroom:

The Kingdom of Kongo (14-19th century CE) was located on the western coast of central Africa in modern-day DR of Congo and Angola. Prospering on the regional trade of copper, ivory, and slaves along the Congo River, the kingdom's wealth was boosted by the arrival of Portuguese traders in the late 15th century CE who expanded even further the slave trade in the region. Kongo kings were converted to Christianity but relations with the Europeans deteriorated as each side attempted to dominate the other. Civil wars and defeats to rival neighbouring kingdoms finally saw the Kongo state collapse in the early 18th century CE. The Portuguese reinstalled the position of the Kongo monarchs, and the state limped on in name only well into the 19th century CE but the kingdom's days as the strongest power in west-central Africa were now but a distant memory.

Located on the western coast of central Africa and south of the Congo River (formerly known as the Zaire River), the kingdom arose in the late 14th century CE following the alliance of several local principalities which had been in existence since the second half of the first millennium CE. Kongo, dominated by Bantu-speaking peoples, had its capital at Mbanza Kongo - known to the Kongolese as Banza, meaning 'residence of the king' - which was located on a fertile and well-watered plateau just below the western end of the Congo River. The kingdom expanded its territory further by a gradual process of military conquest, probably motivated above all by a desire to acquire slaves. At its peak in the 15th and 16th century CE, the kingdom controlled some 240 km (150 miles) of the coast from the Congo River in the north to just short of the Cuanza River in the south, and spread some 400 km (250 miles) into the interior of central Africa up to the Kwango River.

Rotating markets appeared in towns on fixed days of the week selling slaves acquired from the upper reaches of the Congo River.

The kingdom of Kongo, with a population of well over 2 million people at its peak, prospered thanks to trade in ivory, copper, salt, cattle hides, and slaves. The latter trade was especially lucrative and well-regulated, with rotating markets appearing in towns on fixed days of the week selling slaves acquired from the upper reaches of the Congo River. In addition to acquiring goods from elsewhere, the kingdom produced its own goods via specialised groups of craftworkers such as weavers (who produced the famous raffia fabrics of Kongo), potters, and metalworkers.

The level of trade conducted between the forest and grassland peoples of west-central Africa is indicated by the established use of a shell currency, the spiral nzimbu shells which originally came from Luanda, an offshore island located some 240 km away. Initially used as a means of storing wealth and as a standard measure of the value of other goods, the shells came to be used like coins to pay for goods and labour. Not having the region's trade all to itself, rival equatorial African kingdoms included Loango and Tio, both located to the north of Kongo, and the loose confederation of tribes of Ndongo to the south (modern Angola).

The kingdom of Kongo was highly centralised and ruled by a single monarch or nkani who appointed regional governors throughout his territory. These governors, in turn, appointed local officials and collected tribute such as ivory, millet, palm wine, and leopard and lion skins from local chiefs, which were passed on to the king at Mbanza Kongo. Tributes were paid at lavish annual ceremonies which involved much feasting and beer-drinking. In return for their offerings, chiefs and officials received the king's favour, military protection, and some material rewards such as food delicacies and clothing. There was, too, a certain religious aspect to tribute payment as it was considered a way to maintain divine favour as well as a royal one.

One of the king's titles was nzambi mpungu meaning 'superior spirit' or 'supreme creator.'

Kongo kings were distinguished by their symbols of office which included a headdress, royal stool, a drum, and regalia jewellery made from copper and ivory. To enforce their rule, the king controlled a standing army composed of slaves; the force in late 16th century CE numbered 16,000-20,000 men. The king was regarded as a direct link to the spiritual world, a guardian on earth who would protect the people from such calamities as disease and famine. One of the king's titles was nzambi mpungu meaning 'superior spirit' or 'supreme creator', although he himself was not regarded as sacred, only his office. To reinforce this belief, kings married descendants of a celebrated shrine guardian, the mani kabunga, who had maintained the shrine of that name since long before the Kingdom of Kongo had been established.

At a more temporal level, the king was advised by a council of a dozen or so elders composed of high-ranking members of the aristocracy (the mwisikongo) which dominated Kongo society. The aristocrats belonged to various family groups of ancient lineage and their wealth was largely derived from trade as the presence of the tsetse fly in the region precluded the breeding of cattle on a large scale and the area was so sparsely populated that land ownership had no meaning. Key positions in the centralised government included the tax officer and his staff, the chief of justice, head of the police, and official in charge of the messenger service. The rest of society was made up of the free or babuta (craftworkers and farmers) and the unfree or babika (slaves who were war captives or those unable to pay their debts).

In 1482 or 1483 CE the Portuguese arrived off the coast, and following a positive start to international relations for the Kongolese, there was a boom in Kongo's slave markets. In return, the Kongolese received cotton clothing, silk, glazed china, glass mirrors, knives and glass beads. The consumption of these luxuries was highly controlled by the king so that only the elite he favoured had access to them.

Some Kongo kings converted to Christianity, the first being King Affonso I (r. 1506-1543 CE), following the efforts of Christian missionaries who first arrived in the region in 1491 CE. The new religion with its strange but glittering ceremonies and the implied association with the wealthy European traders enhanced the prestige of the king in the eyes of his people. Catholicism was established as the official religion of the royal household, the capital was renamed Sao Salvador, churches were built, and Affonso even successfully invited the Pope to permit the appointment of a Kongo bishop. During the second half of the 17th century CE, Christianity received a further boost in the region when Italian Capuchin missionaries set their sights on Kongo. The religion would have a lasting effect on art in the kingdom, which incorporated such elements as the cross and European conventions of proportion, mixing these with the indigenous passion for stylization and geometric decoration to produce distinctive statues, pottery, masks and relief carvings in all materials from copper to ivory, as well as woven fabrics.

Besides religion, the Portuguese brought technical knowledge (masonry, carpentry, and stock-breeding) and crops from the Americas such as maize, cassava, and tobacco as part of a grand plan to westernise Kongo and make it both a valuable trading partner and a secure base from which to conquer large swathes of central Africa. In the event, though, and just like other areas of the continent where the Portuguese were involved, the greed and inept political and religious interference of the Europeans only brought both their own and the local regime's downfall.

Relations soured when the Portuguese, based on the island of Sao Tome, began to cut out the Kongo king and launch their own raids to grab slaves from Africa's interior or they simply kidnapped the Kongolese themselves. Slaves were now needed in huge numbers to work the sugarcane plantations on Sao Tome and in Brazil. The Portuguese also sought to control the kingdom's copper mines, impose their own system of laws, and convert the people to Christianity, not just the elite. The Kongo kings, similarly, saw the value of eliminating the Portuguese in their trade affairs and knew that by building their own fleet they could ship goods themselves to the waiting market in Europe. So began a tussle between the two sides who became increasingly distrustful of each other's intentions. The Kongo kings began to realise that the unregulated abduction of slaves and spread of Christianity - even if the local brand of that religion incorporated and co-existed with ancient indigenous beliefs - was undermining their traditional authority as the political, religious, and economic leader of the kingdom.

The kingdom went into decline from the mid-16th century CE when the Portuguese, put off by the interference of Kongo's regulations on trade, moved their interests further south to the region of Ndongo. The latter kingdom had already defeated a Kongo army in 1556 CE. The Kongo kings had internal problems, too, with popular unrest bubbling as the people resented the ever-increasing taxes imposed on them by an aristocracy eager to buy foreign luxury goods. Regional governors were another problem as it became increasingly difficult for the king to maintain their loyalty, tempted as they were to deal directly with the increasing number of European traders in the region, the Dutch having arrived in the early 17th century CE.

An even greater crisis again came from outside the kingdom when, around 1568 CE, a mysterious group of warriors known as the Jaga invaded Kongo from the south (or east) and the disgruntled and overtaxed people of Kongo rose in their support. Although the Kongo royal household managed to escape to an offshore island and then wage something of a fightback after they gained support from the Portuguese, civil wars between rival claimants to the throne continued to ruin the kingdom. In 1665 CE the Kongo suffered a heavy defeat at the hands of their southern neighbours at the Battle of Mbwila. It was a loss that the Kongo kings never recovered from. Civil wars raged on and even Sao Salvador was sacked and abandoned in 1678 CE. By 1710 CE, the Kingdom of Kongo had all but disintegrated as an independent state, even if the title King of Kongo continued to be used. The entire region came under the rule of the different groups of traders who established not states but trading communities and networks of alliances. The Kongo region was eventually absorbed into the Portuguese colony of Angola in the early 20th century CE.

Mark Cartwright
Mark is a history writer based in Italy. His special interests include pottery, architecture, world mythology and discovering the ideas that all civilizations share in common. He holds an MA in Political Philosophy and is the Publishing Director at AHE.

A map indicating the major ancient and medieval states in sub-Saharan...
Image 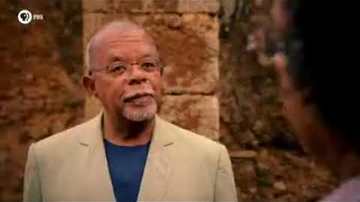 Written by Mark Cartwright, published on 02 May 2019 under the following license: Creative Commons Attribution-NonCommercial-ShareAlike. This license lets others remix, tweak, and build upon this content non-commercially, as long as they credit the author and license their new creations under the identical terms. Please note that content linked from this page may have different licensing terms.