Running a website with millions of readers every month is expensive. Not only do we pay for our servers, but also for related services such as our content delivery network, Google Workspace, email, and much more. We would much rather spend this money on producing more free history content for the world. Thank you for your help!
$355 / $21000
❤ Donate

by CrashCourse
published on 18 April 2021

In eastern Europe, in the 17th Century CE a couple of "great powers" were coming into their own. The vast empire of Russia was modernizing under Peter the Great, and the relatively tiny state of Prussia was evolving as well. Russia (and Tsar Peter) reformed many aspects of Russian governance, realigning them toward the way things were done in western Europe. In Prussia, efficiency of institutions became a thing, and Prussia turned into "a large army with a small state attached." 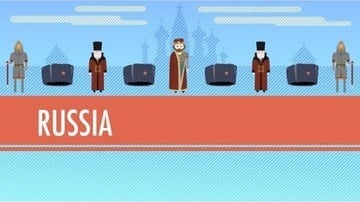 In which John Green teaches you how Russia evolved from a loose...
Article

Mesopotamia: The Rise of the Cities

Once upon a time, in the land known as Sumer, the people built...
Article

The history of the ancient world has always been told as a history...
Article

Sugar & the Rise of the Plantation System

From a humble beginning as a sweet treat grown in gardens, sugar...
Definition

A medieval Teutonic Knight was a member of the Catholic military... 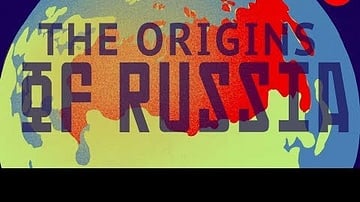 Where Did Russia Come From - Alex Gendler

Original video by CrashCourse. Embedded by John Horgan, published on 18 April 2021. Please check the original source(s) for copyright information. Please note that content linked from this page may have different licensing terms.