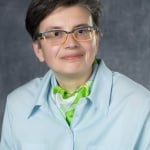 I hold two PhD in Classical Greek Philology (Sorbonne University) and in Latin Linguistics and Philology (Sorbonne University). My training in Greek and Latin languages encompasses linguistics, philology and history of literature and civilization. I have done extensive study in Classical linguistics and philology and in the relationship of Greek and Latin to Indo-European as well as in functional and applied Linguistics (pragmatics and discourse analysis).
Regarding my expertise in Greek epigraphy and onomastics, I have studied with the late Professor Olivier Masson and Professor Philippe Gauthier at the Ecole des Hautes Etudes, IVème Section, Sciences Historiques et Philologiques and I have worked as a researcher at the Centre d’Etudes Chypriotes (Univesity X-Nanterre) under the direction of Professor Olivier Masson. I published various articles in the field as well as a Prosopography of Cypriot Syllabic Inscriptions. In addition I provided the Packard Humanities Institute (Center for Epigraphical and Paleographical Studies, Ohio State University and Cornell University) with the corpuses of inscriptions of the Thracian Sea and Lesbos.
I acquired my expertise in Oscan, Umbrian, Hittite, Italic and Celtic languages during my graduate studies at the Sorbonne University and at the Ecole Pratique des Hautes Etudes (IVème Section, Sciences Philologiques et Historiques) as well as at Harvard University.
Moreover, I have been working on a website on the bibliography of Discourse Analysis concerning both Ancient (Greek and Latin) and Modern Languages. Also, I am about to finish an ambitious and immense project on an international bibliography related to the Greek Language. This project is of highest interest for every scholar dealing with the classical philology and linguistics.
Regarding my academic appointments, I have also been the recipient of two post-doctoral research positions in Classical Greek and Early Byzantine Papyrology (Sorbonne University - C.N.R.S under the direction of Professor Alain Blanchard) and Greek Epigraphy (Besançon University - C.N.R.S under the direction of the late Professor Pierre Lévêque). Since my arrival in he United States, I have taught at Hellenic College / Holy Cross, Boston College, Assumption College, and University of Massachusetts, Boston. I have taught courses relating to my expertise and I have also been appointed as Visiting Scholar in the Departments of Classics and Linguistics at Harvard, Brown, and Stanford Universities, as Research Associate at the University of Oxford (Center for the Study of Ancient Documents), as Guest Visiting Scholar in Harvard Divinity School, as Gastforscherin in Freie Universität Berlin, FB Philosophie und Geisteswissenschaft –WE 2- Seminar für Vergleihende und Indogermanische Sprachwissenschaft, as Senior Research Fellow in the Department of Classics at the University of Johannesburg, as Honorary Senior Lecturer in the Department of Religion, Philosophy and Classics at the University of KwaZulu-Natal, Durban, as Honorary Research Associate in the Department of Sciences and Technology Studies at UCL as well as Fellow in Residence in the Department of Theology at Boston College.
My main expertise lies in Greek and Latin philology and linguistics, in functional linguistics as well as in history of medicine and osteo-archaeological techniques.

20,210 pageviews on this user's contributions

The Celtic languages form a branch of the Indo-European (IE) language...
Image

The Lezoux plate, a ceramic plate found in 1970 at Lezoux, Puy-de-Dôme...
Image

Fragments of the Larzac Tablet, a lead curse tablet dated to c...
Article

In the wake of the downfall of the Western Roman Empire and the...
Image

Map of the Byzantine Empire in 1025 CE

Map of the provinces of the Byzantine Empire in 1025 CE.
Definition