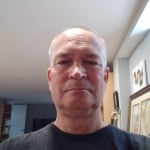 Bradford Lee Eden is an independent scholar and librarian. Previous positions include Dean and Professor of Library Services at Valparaiso University; Associate University Librarian for Technical Services and Scholarly Communication at the University of California, Santa Barbara; Head, Web and Digitization Services, and Head, Bibliographic and Metadata Services for the University of Nevada, Las Vegas Libraries. He is editor of the Journal of Tolkien Research, an online open-access peer-reviewed journal. He is also on the editorial boards of Library Hi Tech and The Journal of Film Music. He has a masters and Ph.D. degrees in musicology, as well as an MS in library science. He publishes in the areas of metadata, library leadership and management, medieval music and liturgy, and J.R.R. Tolkien. His two books Innovative Redesign and Reorganization of Library Technical Services: Paths for the Future and Case Studies (Libraries Unlimited, 2004) and More Innovative Redesign and Reorganization of Library Technical Services (Libraries Unlimited, 2009) are used and cited extensively in the field. He is the author of Metadata and Its Applications (ALA TechSource, 2002), 3D Visualization Techniques (ALA TechSource, 2005), Innovative Digital Projects in the Humanities (ALA TechSource, 2005), Metadata and Its Applications: New Directions and Updates (ALA TechSource, 2005), FRBR: Functional Requirements for Bibliographic Records (ALA TechSource, 2006), and Information Organization Future for Libraries (ALA TechSource, 2007). His recent books include Middle-earth Minstrel: Essays on Music in Tolkien (McFarland, 2010); The Associate University Librarian Handbook: A Resource Guide (Scarecrow Press, 2012); Leadership in Academic Libraries: Connecting Theory to Practice (Scarecrow Press, 2014); The Hobbit and Tolkien's Mythology: Essays on Revisions and Influences (McFarland, 2014); and the 10-volume series Creating the 21st-Century Academic Library (Rowman &amp;amp; Littlefield, 2015-17).

1,713 pageviews on this user's contributions

There are many books, both scholarly and popular, that discuss...