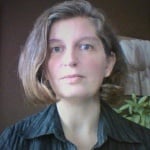 Babeth used to be an ESL and French teacher and worked for the British Council in Milan, Italy. Native to France, Babeth grew up in Beaugency, a medieval town on the river Loire. She has a passion for languages, is fluent in French, English and Italian and reads Spanish, too. She graduated from the Université d'Orléans with a degree in English and French as a Foreign Language. She later moved to Bristol, UK to pursue a Post-Graduate Certificate in Education from the University of Bristol. Babeth has travelled extensively around Europe, and she enjoys learning about the history and heritage of other cultures. She is also a fan of true crime, both reading about it and listening to international podcasts.