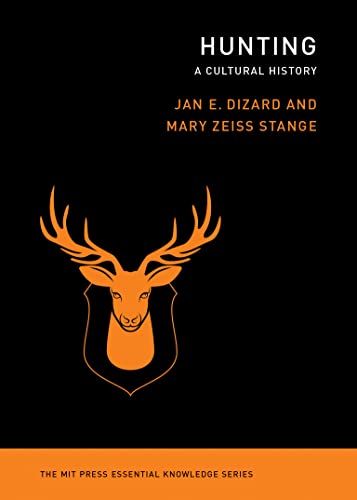 This concise yet informative book provides a unique analysis of how hunting was part of both human behavior and culture since the time of hunter-gatherers. The two authors expand hunting to more than just a way to gain food and also a social symbol after the development of settled communities and into the modern world. This title is designed to be an introductory read for a general audience, yet its insights could also entertain university students or social historians.

From the Stone Age, hunting had certain functional purposes to bringing food for one's community. The adrenaline and excitement that hunting provides continue to attract people in the modern world to this antique technique. In Hunting: A Cultural History, Jan E. Dizard and Mary Zeiss Stange focus on the social symbolism behind hunting and how societies have formed some of their laws or norms based on members who have access to hunting grounds. Unlike other introductory history books that only generically retell facts, this one provides a developed and fresh thesis: people have often overestimated the functional value of hunting while underestimating its social symbolic value. This social value includes hunting's role in shaping community narratives, legislation, and the idea of democracy. The way this book considers hunting alongside aspects like mythology, race, gender, laws, the economy, and many other topics of society allows a wide audience and usage for this book. Avoiding jargon and sophisticated language and printed to fit one's coat pocket, this book could be enjoyed by anyone during their free time from work and study or during the commute.

Unlike other introductory history books that only generically retell facts, this one provides a developed & fresh thesis.

This book is divided into six chapters. Chapters One and Two lay the historical foundation of hunting in the hunter-gatherer times and the role of gender. The fact that historical communities would perform rituals – such as dances, face paintings, and singing – before a hunt, the book argues, shows humans try to come to a spiritual peace from the brutal slaughter of animals. These rituals, after years and centuries, turned into mythologies, narratives, and folktales. Under states and empires, the ruling class would create private hunting areas as a symbol of their power. Chapters Three and Four jump to the United States in the 19th to 20th centuries and look at the legislation, laws, conservation movements, and social symbolisms derived from hunting. For example, hunting often was, and is, a symbol for the wealthy, thus conservation movements, wildlife laws, and the creation of reserves reflect the loss of classical English aristocratic power of the upper-class Americans. Chapter Five looks at modern hunting from a global perspective, contrasting hunting practices and laws in Europe, Africa, and India. Chapter Six ends the book by placing hunting in the context of the 21st century.

This book is part of the MIT Press' Essential Knowledge Series, a series designed to provide short but informative and publicly readable on important topics, and the two authors excel at this goal in their book while making it relevant to both enthusiasts of history and current affairs. The authors' research backgrounds are what make this book more than just an introduction to one single discipline. Dizard is Charles Hamilton Houston Professor of American Culture Emeritus at Amherst College and has studied the roles of family and race relations in connection to hunting. Specializing in the relationship between gender and hunting, Stange is Professor Emerita of Women's Studies and Religion at Skidmore College.

While the book paints a vivid intellectual portrayal of hunting before the appearance of formal states and the modern period, readers might be curious about hunting in the long period between these two times. More than three of the book's six chapters focus on hunting culture after the 1800s. In addition, two chapters specifically discuss hunting in the 19th-century United States, and some readers might want broader coverage. This, however, should not discourage anyone from approaching this book. Although the book does not have many images, it contains a glossary, and the bibliography points directions for further reading. Key sentences are also highlighted for the benefit of the readers. The historical research perspective that this book encourages could be applied in almost every history discipline.

$17.57
free shipping worldwide
$16.78
plus shipping
By purchasing books through this website, you support our non-profit organization. World History Encyclopedia receives a small commission for each book sold through our affiliate partners.

Hunter-gatherer societies are – true to their astoundingly...
Article

As the Stone Age covers around 99% of our human technological history...
Definition

From the dawn of our species to the present day, stone-made artefacts...

$17.57
free shipping worldwide
$16.78
plus shipping
By purchasing books through this website, you support our non-profit organization. World History Encyclopedia receives a small commission for each book sold through our affiliate partners.