The Territories of Science and Religion

Running a website with millions of readers every month is expensive. Not only do we pay for our servers, but also for related services such as our content delivery network, Google Workspace, email, and much more. We would much rather spend this money on producing more free history content for the world. Thank you for your help!
$199 / $21000
❤ Donate

by Zhihui Zou
published on 05 September 2022 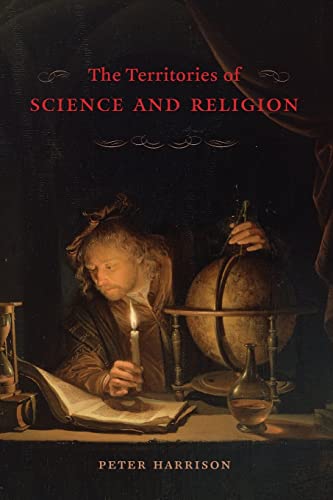 Peter Harrison traces the popular history of the science vs. religion conflict in "The Territories of Science and Religion." His comprehensive research into historical usages of the two terms uproots many modern myths regarding this age-old conflict. The vast amount of primary sources he borrows and the corrections he proposes to well-known tropes make the book suitable for emerging scholars in the history of science or intellectual history.

In modern popular culture, the long war between science and religion is an exciting history of the Western civilization if not the whole world. Scientists battling priests or religious leaders over how the world was created dominate our perception when seeing the words 'science' and 'religion' side by side. Peter Harrison, a professor at the University of Queensland and an Australian Laureate Fellow, debunks this myth in his book The Territories of Science and Religion. Based on Harrison's 2011 Gifford Lecture at the University of Edinburgh, this book outlines the histories of 'science' (scientia) and 'religion' (religio) in Europe. Harrison also disperses presentism – an anachronistic study of history using modern perspectives to analyze the past – in European religious studies.

Harrison is familiar with the problem of presentism in his field after his research on how the Bible was interpreted amid scientific developments. In this book, he argues that science and religion had completely different meanings in Europe between ancient Greece and the Enlightenment. The first two chapters posit that, in ancient Europe and during the Middle Ages, 'natural philosophy' and 'theology' were more suitable terms to describe the people's beliefs than 'science' and 'religion'. By 'religion', Harrison mainly refers to Christianity. The emergence of Christianity met with the ancient Greek and Roman philosophy based on the ideas of Aristotle, Plato, and other thinkers. Despite how modernity dramatizes this meeting, Christianity and Greek philosophy did not bloodily fight over the originality of the world right away. Instead, this meeting was a debate over the internal: how one could achieve self-transformation, intellectual maturity, and moral achievements.

The Renaissance and Enlightenment saw an epistemological transformation in natural philosophy and theology that gave them new titles of science and religion. These new titles govern ideas external to one's self-development, ideas such as the origins of the world or the causes behind natural disasters.

A good way to study deeper into Harrison's field is to directly read the primary sources he cites, especially those by Thomas Aquinas, René Descartes, and Francis Bacon. The book provides an extensive bibliography of historical writings and links these thinkers together through their shared connection with the history of ever-evolving definitions of science and religion.

Harrison's writing, with its blending of literary analysis and statistical research, is a beneficial introductory text for aspiring scholars in European religious history. The book's indirect criticism toward presentism also makes it a challenging but rewarding read for the general public.

$28.00
plus shipping
By purchasing books through this website, you support our non-profit organization. World History Encyclopedia receives a small commission for each book sold through our affiliate partners.

The achievements of ancient Greek science were amongst the finest...
Definition

Religion in the Ancient World

Religion (from the Latin Religio, meaning 'restraint,' or Relegere...
Definition

$28.00
plus shipping
By purchasing books through this website, you support our non-profit organization. World History Encyclopedia receives a small commission for each book sold through our affiliate partners.