The Culture of the Byzantine Empire 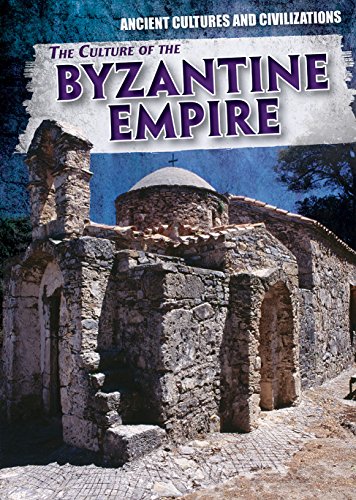 Chapter Four describes how the Byzantines engaged in conflict against hordes of Barbarians and the Islamic empire. Particularly interesting is how the Byzantine Empire appears to have established a sort of foreign intelligence agency. Finally, Chapter Five describes how the Byzantine Empire fell in 1204 CE during the Fourth Crusade, the capital city of Constantinople being renamed as Istanbul. Nonetheless, the fall of Constantinople resulted in movement of Byzantine scholars to Italy, who shaped the Renaissance, the spread of Arabic science to Italy, and the spread of the Orthodox Church, a political and religious force present to this day.

The book highlights the central aspects of Byzantine culture & society during their height of power, along with the elements which resulted in the rise & fall of the Empire.

As a very broad overview, this book is helpful for younger students. It highlights the central aspects of Byzantine culture and society during their height of power, along with the elements which resulted in the rise and fall of the Empire. In terms of chronology, though, there is a glaring absence of material: what happened between 800 CE and 1300 CE, namely between the Byzantine Empire fighting off Barbarian hordes and Islamic forces up to the fall of Constantinople during the Crusades? Though extensive detail is not necessary, the book would be more helpful if it at least outlined the factors which contributed to the weakening of the Byzantine Empire, a weakening that has the most concrete toll on the Empire in the 13th century CE.

Likewise, though the book is primarily about culture, it is safe to presume that culture in the Byzantine Empire was not static between 800 CE and 1300 CE. Therefore, it would also be helpful if Kovacs had outlined a few aspects of cultural change over the 500-year period. This would contribute to preventing readers, namely kids, from developing a historical understanding which assumes that cultures never change over time.

$13.96
free shipping worldwide
$11.00
plus shipping
By purchasing books through this website, you support our non-profit organization. World History Encyclopedia receives a small commission for each book sold through our affiliate partners.

1204: The Sack of Constantinople

In 1204 CE the unthinkable happened and Constantinople, after nine...
Definition

The Empire of Nicaea was a successor state to the Byzantine Empire...

$13.96
free shipping worldwide
$11.00
plus shipping
By purchasing books through this website, you support our non-profit organization. World History Encyclopedia receives a small commission for each book sold through our affiliate partners.