by Harvey Aughton
published on 29 November 2017 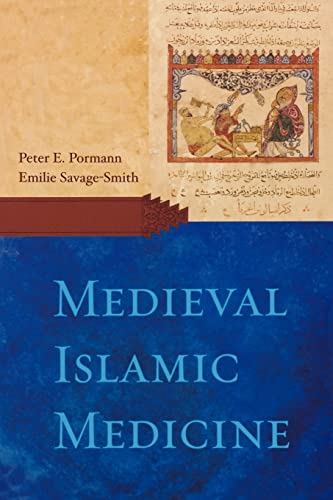 In an era that has been called The Dark Ages, mainly because archaeological finds are hard to come by in Western Europe, this book outlines how the world continued to develop under the guidance of the Islamic culture. The particular focus in this volume is medicine, and it is enlightening to any reader.

Something of a truth I find in most books is that the implied themes almost always impart the more powerful lessons, and it is definitely true of Medieval Islamic Medicine.

The importance of this book is difficult to quantify, as it is written for an academic audience with all the obligatory references, footnotes, and a bibliography to get lost in. Thus, in that sense, it is a really good and thorough reference point for those who want to find something to plant in an essay.

However, it is for the popular audience – for whom this has not been written – that this book holds some eye-opening partial answers to some philosophical and pragmatic questions. What are the pros and cons of a market-based medical system? What of the democratization of medicine? And, is medicine more about preventing illness than treating it? These are the questions that seem to be answered in the media every day, and then subsequently contradicted upon the next sunrise.

What becomes abundantly obvious in the first few chapters is that this book is a recentering of history, one that ignores the idea of a Dark Age and focuses on the transition between classical medicine of the Greco-Roman world and the Islamic world of the Southern and Eastern Mediterranean. It provides a picture which presents modern Europeans with an uncomfortable but enlightening view.

Medicine (that of the Hippocratic tradition) was largely forgotten in Western Europe, which became the hub of a different medical tradition. However, in the Islamic world of the Middle East that tradition was maintained through the early 2nd millennium CE so that Europeans could pick up in the late 15th century CE a far advanced copy of what they had largely left behind 500 years before. Hence, the Islamic culture was crucial to the progression and expansion of the medical practice as we know it today.

Chapters in the book talk about markets, large bizarre complexes where food was sold, spices procured, and medical help enlisted. While the properly trained physicians were not often present at markets, other amateur medical practitioners were, dealing in talismans, astrology, and other preventative measures. It seems that people of the Middle East only enlisted professional doctors when they were actually sick and instead called upon money makers in the market to provide preventatives.

The trouble with this systems for the historian, which is well outlined by the authors, is that it creates a competitive marketplace for medicine, much like the privatization of medical systems in the modern day. So, while the benefits of this market-based health system were that early medieval Muslims and Christians could sample the arguments of astrologers, diviners, and barbers (responsible for lice treatment), and choose their preferred treatment, the detrimental effects of such a situation become apparent very quickly.

Historians rely on written sources for their work, supplemented by physical evidence in archaeology, and traditional elements from oral histories. Here lies the problem; doctored documents. Many health professionals who could be found in the marketplace would simply change their accounts, or not publish the failed efforts, or take half-pay for failed attempts in exchange for zero liability. It is impossible to guess how often this happened, but from the accounts of disgusted physicians in their treatises, it can be assumed the practice was reasonably common.

Medicine shows itself to be primarily about preventative measures in the Islamic world.

The other point implied about Islamic medieval medicine is that they were quite brilliant, and many knew they were brilliant, as shown by their attempts to discredit others, thereby proving their own methods were superior. While the Islamic physicians of the medieval era (c. 900-1400 CE) attributed their brilliance and their cures to God in most accounts, it is clear that they were very effective scholars. The authors argue that doctors sought to take the previous work done in the medical field and improve it, making adjustments when they found better ingredients for potions and attempting to create new improved tools for surgery, such as a suction syringe for removing cataracts. The common method was couching, or moving the cataract to one side, and was not very effective.

The authors manage to excavate a lot of meaning from a few sources to build up a strong argument. That is not to say they are clutching at academic straws, more to suggest that they imply and argue rather than testify. By following the evidence, medicine shows itself to be primarily about preventative measures in the Islamic world. The doctors show great innovation within the use of potions, balms, dietary supplements, talismans, and exercise regimes, while also showing restraint when approaching areas of their craft that have not been properly tested or proved to cause more harm than good.

Given the amount that physicians, the prime health professionals of the era, were able to write for a living, that their profession was something to aspire to and they held offices of influence, it is fair to assume that their services were not cheap. The authors do not mention a standard payment for a doctor because it was likely impossible to learn from the meager sources. However, it is also likely that physicians performed their services for the upper class, except for a few more charitable or interesting cases. This also means that those who could not afford the doctor in question would turn to amateurs in the marketplace for alternatives, but this assumption was never made by the authors themselves.

The book itself is very well written. The authors examine sources and evidence, following the trends until there are assumptions that cannot be made due to the lack of supporting evidence. For an academic, this book will be a good reference point, a launch pad to extend theories and critique the authors and other past writers. For the everyday reader, this book opens doors to a recentered medieval history, based around the astounding exploits of practitioners living in the large, highly sophisticated early medieval Islamic world.

$30.95
plus shipping
By purchasing books through this website, you support our non-profit organization. World History Encyclopedia receives a small commission for each book sold through our affiliate partners.

Islam is an Abrahamic-monotheistic religion based upon the teachings...
Article

The Spread of Islam in Ancient Africa

Following the conquest of North Africa by Muslim Arabs in the 7th...
Definition

Caliphate (“Khilafat” in Arabic) was a semi-religious political...

$30.95
plus shipping
By purchasing books through this website, you support our non-profit organization. World History Encyclopedia receives a small commission for each book sold through our affiliate partners.
Remove Ads