The rock drawings of Valcamonica are prehistoric petroglyphs carved in the glacier-polished, grey-purple Permian sandstone of the Camonica valley that extends for 90 km in the Italian provinces of Brescia and Bergamo in Lombardy. The name of the valley comes from "Cammunni", the name its inhabitants carried during the Iron Age. Its artistic heritage, carved in 2500 rocks scattered along the entire valley, constitutes an extraordinary figurative testimony of the daily life and spirituality of ancient humans.

The first appearance of these drawings can be dated back to the age of Epipaleolithic (20000-10000 BP) and the last to medieval times (476-1453 CE) even if the best represented period is the Iron Age (1200 BCE - 200 CE). Between 200,000 and 300,000 incisions have been recognized and catalogued on the sandstone of the Camonica Valley. Most of these carvings represent animals and scenes of everyday life but also magic, war and navigation. The uniqueness of this archaeological site is that the figures were realized during a time span of 8000 years and have resisted until today, almost undamaged. The Rock Drawings of Valcamonica were added to the UNESCO World Heritage in 1979 and were thus the first Italian site to be added to the list.

Different from every other European site of this kind, the carvings have always been part of the history of the population living in the Camonica Valley. However, before the 20th century, they were surrounded by indifference and they were called pitoti by the inhabitants of the valley. This name, in the local dialect, means 'scribbles', referring to the abstract and stylized drawings made by children. Only in the first years of the 20th century, precisely in 1914, the alpinist and geographer Gualtiero Laeng signalled in the Touring Club Guide about the region, the presence of the two erratic boulders of Cemmo displaying some of the drawings of the valley. This helped to spread knowledge, contributing to an increase in interest in the prehistoric art of stone carvings of Valcamonica.

The Camunian rose, one of the most famous carvings of the valley, was chosen to become the symbol of the region of Lombardy itself.

In the 1920s, further studies were conducted, followed in the '30s by the politically-aimed research made by Franz Altheim and Erika Trautmann, commissioned by the then German Nazi officer, Heinrich Himmler. The purpose behind their studies was an attempt to identify in the carvings the north European origins of the Aryan race for it to be legitimized in the context of Hitler's Third Reich. The same was done by Italian fascists who reclaimed the Italian origins of the carvings as a symbol of the industriousness that characterized the population of the territory before the Roman period.

During the Second World War (1939-45), archaeological research was interrupted until 1959. In this year, the first major step towards the site as it is known today was brought about by Laeng himself. He drew the first map of Naquane's rock engravings and founded the first archaeological park in Italy. Of major importance to the site were the studies fostered by another important figure, Emmanuel Anati, an archaeologist whose meticulous and scientific method introduced the technique of the manual field surveying of the rocks. This method helped him to develop a stylistic classification of the Camunian representative art, being able in the following years to discover and classify thousands of rock carvings in the archaeological site.

During the 1970s, pitoti became a symbol of identity and heritage of the Camonica valley and in 1975, the Camunian rose, one of the most famous carvings of the valley, was chosen to become the symbol of the region of Lombardy itself. The meaning of this
carving is unsure, but the presumed symbolism behind it is the sun with the four cardinal points indicating the solar trajectory in the sky during the day. This was interpreted by Anati as having a meaning of fortune and prosperity. In 1979, during the third World Heritage Committee in Cairo, the Camonica Valley became the first Italian UNESCO site.

Oxen or elks, represented as the main characters of hunting scenes, are pierced & killed by weapons.

The carvings were realized on Permian sandstone that was smoothed by the melting and sliding of glaciers. The main techniques used to realize the figures were two: the "marteline" and the "filiform" technique. The "marteline" consisted in tapping the rocky surface first with a stone tool and then a metallic one which creates small circular concavities. The other technique that was used in Camonica Valley is the "filiform" or "graffiti": with this procedure, the representations are achieved by engraving the rocky surface with a pointed instrument used as a burin chisel. This instrument, rubbed several times on the rocks, would leave the mark of a furrow.

The rock carvings of Valcamonica resulting from these two different techniques belong to four main stylistic groups. The first is the prehistoric period from the Epipaleolithic to the Bronze Age where figures are isolated or grouped in a symbolic character. Following this, it is possible to witness some carvings from the proto-historic period during the Iron Age, where the artistic narrative is more naturalistic and characterized by movement and the description of actions. Finally, the carvings belonging to the last period can be associated with the Camuni population, inhabiting the valley from Roman to medieval times.

The Evolution of Camunian Art

The rock carvings belonging to the Prehistoric period are sometimes of considerable dimensions. These drawings depict figures of animals, among which oxen or elks, represented as the main characters of hunting scenes, pierced and killed by weapons. During the Neolithic (10000-5000 BCE), the centre of the narrative characterizing the carvings of the Camonica Valley is shifted from animals to human beings. Characterizing this period were the symbolic representations of prayers in the orant position called "oranti". These were stylized figures of human beings representing adoration, dance or lamentation. In this period the first representations of geometric figures were also found.

During the Chalcolithic (5000-4000 BCE), rock art is characterized by stelae and menhirs carved with symbolic and naturalistic figures. These rocks were placed in worship sites for ceremonies and rites or had a sepulchral function. These worship places were attended for thousands of years.

The Bronze Age (3300-1200 BCE) was characterized by carvings representing ploughing scenes, looms and prayers while the Iron Age (1200 BCE - 200 CE) presents figures of warriors during hunting, duels and horseriding. These scenes represented the initiation rites faced by young aristocratic boys to become men. In these carvings, warriors are meticulously represented with a variety of weapons that were rediscovered by archaeological digs at the site of Val Camonica. In the representation of hunting scenes, the prey is often deer; they were hunted by a man represented on a horse and helped by a dog. In addition, there are also drawings representing simple buildings, aquatic birds, and footprints. Finally, with the Roman conquest of the territory, the Camunian Art saw its decline mainly due to the "fight" promoted by the believers of the Christian doctrine, during the 4th century CE, against the idolatry of carved stones, called in Latin saxorum veneratio. During the period of the Middle Ages (476-1453), drawings of symbolic figures, towers, castles and churches represented the very last rock carvings of the Camonica Valley.

The archaeological park was created in 1955 by the archaeological superintendence of Lombardy under the name of the National Park of Rock Engravings in Capo di Ponte (Parco nazionale delle incisioni rupestri di Naquane). Later, in 1964, Emmanuel Anati founded the Camunian Center of Prehistoric Studies. After the inclusion of the site in the UNESCO list, further research is still continuing today to broaden our knowledge of the site and unearthing new carvings and rocks. In the context of the archaeological site, eight different parks were realised, among which are the natural carving reserve of Ceto, Cimbergo and Paspardo, reaching an extension of 290 hectares distributed among 3 different municipalities. In addition, the most recent introduction in the park was in 2014 with the institution of the National Museum of Prehistory of the Camonica Valley (Museo Nazionale di Preistoria della Valcamonica). The importance and uniqueness of the archaeological discoveries within the site are a testimony to the great contribution that the Camonica Valley has brought to our knowledge of the history of the ancient humans.

Mesopotamian Effects on Israel During the Iron Age

The Iron Age in the traditional Ancient Near Eastern chronology...
Definition

From the dawn of our species to the present day, stone-made artefacts...
Article

Rock art (also known as parietal art) is an umbrella term which...
Article

As the Stone Age covers around 99% of our human technological history...
Article

Rock art, that is paintings and carvings on natural rock formations... 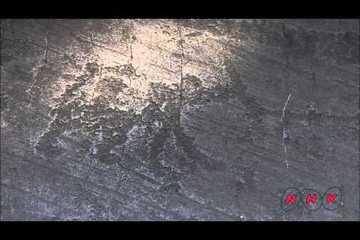 Valcamonica, situated in the Lombardy plain of Italy, has one of...

Submitted by Ingrid Garosi, published on 20 March 2020. The copyright holder has published this content under the following license: Creative Commons Attribution-NonCommercial-ShareAlike. This license lets others remix, tweak, and build upon this content non-commercially, as long as they credit the author and license their new creations under the identical terms. When republishing on the web a hyperlink back to the original content source URL must be included. Please note that content linked from this page may have different licensing terms.