by NativLang
published on 12 October 2017

Semitic languages like Hebrew and Arabic evolved a unique way to write vowels... with consonants! See how in this episode of Thoth's Pill: an Animated History of Writing.

You're back in the ancient Middle East, where seemingly everyone's been passing around the Phoenician consonant alphabet. There's a problem with this abjad - sometimes those missing vowels cause issues. Instead of inventing vowels (like the Greeks did in the last episode), Semitic speakers use some of their consonants for vowels, too! This is the birth of "matres lectionis".

But that's not nearly enough for pickier scribes. See bickering scribes come up with a more detailed system, a system of vowel marks - dots and dashes surrounding consonants. These vowel pointers (harakat in Arabic, niqqud in Hebrew) explicitly indicate which consonants are followed by which vowels.

The Greek alphabet is the writing system developed in Greece which...
Definition

Writing is the physical manifestation of a spoken language. It...
Article

The Maya hieroglyphic writing system was a sophisticated combination... 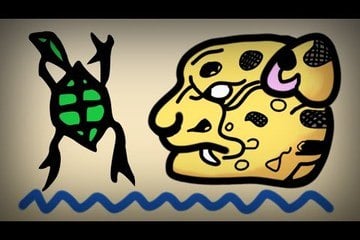 How writing got civilized - History of Writing Systems #3 (Logographs) 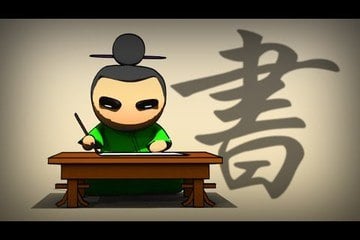 Chinese is NOT picture writing! - History of Writing Systems #5 (Determinatives)

Watch this ancient Chinese scribe figure out how to use a fixed...

Original video by NativLang. Embedded by John Horgan, published on 12 October 2017. Please check the original source(s) for copyright information. Please note that content linked from this page may have different licensing terms.