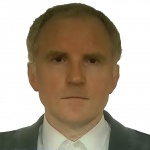 He was born in 1959 in Bielsko-Biała in Poland.
He completed his studies at the Faculty of Technical Physics and Applied Mathematics at the Warsaw University of Technology (Politechnika Warszawska) and received the degree of Master of Engineering in Fundamental Problems of Technology in 1983.
Then he studied at the Faculty of Theology at the Pontifical Academy of Theology (it was renamed the Pontifical University of Theology in 2009) in Cracow. There, he received the degree of Master of Theology in 1999, Licentiate in Sacred Theology in 2002, Doctor of Theology in 2008. His doctoral dissertation written in Polish as Pierwotny ryt Paschy w świetle schematu literackiego Księgi Wyjścia 1-18 (The original rite of the Passover in the light of the literary scheme of the Book of Exodus 1-18) – was issued in 2008 by Wydawnictwo Papieskiej Akademii Teologicznej w Krakowie. His dissertation is available in English translation as a series of articles that have been published on Academia.edu from 2019 to 2020. The first part is available at the link: https://www.academia.edu/40341712/Introduction_to_analyses_of_the_original_rite_of_the_Passover_in_the_light_of_the_literary_scheme_of_the_Book_of_Exodus_1_18.
Rev. Professor Dr. hab. Bogdan Poniży from University of Adam Mickiewicz in Poznań wrote in the official Review Report on Wojciech Kosek’s Ph.D. Thesis, “In his work, Doctorand makes a discovery that could be called the Copernican revolution in Biblical studies.”
He is the editor of a website where he publishes articles and presentations in Polish, English, and German:
https://www.adoracja.bielsko.opoka.org.pl/
https://www.adoracja.bielsko.opoka.org.pl/Kosek_mainWeb_UK.html
https://www.adoracja.bielsko.opoka.org.pl/Kosek_mainWeb_DE.html
His primary interest is: 1. The Book of Exodus from the Old Testament, 2. The First Letter of St. Paul to the Corinthians, the Gospel of St. John, the Apocalypse from the New Testament.
The principal method of his research is to gain a precise understanding of the content of biblical texts by analyzing their grammatical structure, the meaning of their keywords, and determining their overarching literary structure. He uses a computer program to achieve this aim. In order to find out the biblical writer’s intention, he turns to the analysis of historical documents from distant eras, based on which it is possible to understand the cultural conditions of the mentality of the people of the writer’s era.
In his analyses, he assumes that the biblical text “as it is” is the word of God.
He proved that the so-called theory of sources is based on the logic of circular reasoning:
https://www.adoracja.bielsko.opoka.org.pl/praca_doktorska/KosekLogikaKolaUSA.html.
In the light of careful, unhurried research, the alleged illogicalities or repetitions in the sacred text noticed by biblical scholars turn out to be both logical and unique (alleged duplicates characterized by important details that differ from each other).
He proved that the beauty and logic of arrangement of six pericopes of Ex 1-18 disprove the modern theory of sources, according to which the coming of fragments of the final text from many sources results in alleged conspicuous disorder and illogicalities in its component parts, requiring their rearrangement from the final place to the place discovered by the exegete:
https://www.academia.edu/42779391/The_beauty_and_logic_of_arrangement_of_six_pericopes_of_Ex_1-18_as_the_disproving_of_the_modern_theory_of_sources
His significant discovery shows the Book of Exodus 1-18 as the six-element treaty of the covenant that God made with Israel during the four-stages exodus from Egypt. This four-stage exodus occurs to be the basis for the four-element liturgy of the Passover. The very act of the covenant-making is the passing of God and Israel between the divided waters of the sea. This very act is present during the Passover liturgy as the eating of Afikoman. The meaning of the word “Afikoman” occurred to be “its bottom is manna” (אֲפִיקוֹמָן) – this act is making present the passing of Israelites with God on the bottom of the sea.

1,505 pageviews on this user's contributions