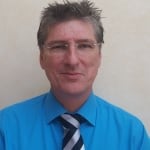 I am a self-educated Person regarding ancient history and especially interested in mesopotamian myths and epics. With passionate I read the appropriate scholarly literature since the early 80s and I am still eager for new findings.
From 1986 until 1991 I have been a professional musician as a drummer in a heavy metal band and played across europe. During that time I wrote the first lines of my Book "Lagasch - Herkunft und Schicksale der Menschheit" which means "Source and fate of mankind". This novel is a Sciene-Fiction based on compositions like "Enki & Inanna", "Enki & Ninhursag", Atrahasis-Epic and more. Until now it is only available in german. I am married and have two lovely Kids. In 'real' life I am a professional Software engineer & Consultant, having my own Company.

Enki is a god of Sumerian mythology and, later in time, known as...
Image

Image of the Sumerian god Enki. Modern reproduction of a detail...