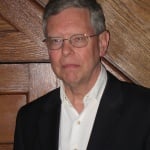 Paul A. Rahe holds The Charles O. Lee and Louise K. Lee Chair in the Western Heritage at Hillsdale College, where he is Professor of History. He majored in History, the Arts and Letters at Yale University, read Litterae Humaniores at Oxford Universityâ€™s Wadham College on a Rhodes Scholarship, and then returned to Yale to do his Ph.D. in ancient Greek history under the direction of Donald Kagan. He is the author of Republics Ancient and Modern: Classical Republicanism and the American Revolution (1992), Against Throne and Altar: Machiavelli and Political Theory under the English Republic (2008), Montesquieu and the Logic of Liberty: War, Religion, Commerce, Climate, Terrain, Technology, Uneasiness of Mind, the Spirit of Political Vigilance, and the Foundations of the Modern Republic (2009), Soft Despotism, Democracyâ€™s Drift: Montesquieu, Rousseau, Tocqueville, and the Modern Prospect (2009), and of three books on ancient Lacedaemon: The Grand Strategy of Classical Sparta: The Persian Challenge (2015), The Spartan Regime: Its Character, Origins, and Grand Strategy (2016), and Spartaâ€™s First Attic War: The Grand Strategy of Classical Sparta, 478-446 B. C. (2019). He is co-editor of Montesquieuâ€™s Science of Politics: Essays on the Spirit of Laws (2001); and editor of Machiavelliâ€™s Liberal Republican Legacy (2006). Yale University Press will publish the next book in his series on Lacedaemon â€“ Spartaâ€™s Second Attic War: The Grand Strategy of Classical Sparta, 446-418 B. C. â€“ in late summer or early Fall, 2020. Professor Rahe is an occasional contributor on contemporary politics and culture to the website Ricochet. He can also be found at www.paularahe.com.

4,034 pageviews on this user's contributions

The Grand Strategy of Classical Sparta

In ancient Lacedaemon, as in all enduring political communities...