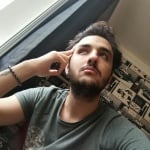 I was born on 25.09.1998 in Ankara, the capital of Turkey. However, later on, I lived in different cities such as Gaziantep, Antalya and Izmir, where I am now. This situation caused me to grow up in a cosmopolitan way in general. After my high school education in Izmir, I was accepted to the history department of Ege University in the same city. This choice was completely planned, as my interest in history came from my childhood. As a result, after completing my undergraduate education as the second in the department, I was entitled to a master's degree at the same university. I am currently in the first year of my master degree education and I am working on antiquity. But specifically I focus on the Roman Empire. Apart from my mother tongue Turkish, I know English at a good level and Latin at a beginner level.

2,898 pageviews on this user's contributions