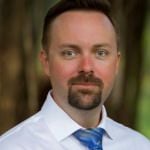 The author of Small Island, Big History (forthcoming), a book that examines British history through the lens of empire and imperialism, Christopher Bergâ€™s research interests include citizenship, curriculum history, historical consciousness, and creating a â€œusableâ€ past in the twenty-first century classroom. His public outreach extends internationally to southeastern Europe where he has been a contributing author for Historical Quest, a digital world history magazine in Athens, Greece, writing on diverse historical themes and topics for a Greek audience. Christopherâ€™s research has been published in scholarly journals such as Curriculum History, SAGE Open, Journal of Elementary and Secondary Education, Reviews in History, a publication of the Institute for Historical Research, London, and De Re Militari, a publication of the Society for Medieval Military History.

A faculty member of several institutions of higher education in the United States, Christopher teaches lower-division courses in American, European, and World history as well as surveys in the Humanities and World Religions. Majors-level courses include seminars in military studies that concentrate on the interplay of war & society and modern European history with emphases on Twentieth-Century Europe, World War I, and World War II and the Holocaust.

28,483 pageviews on this user's contributions

Soldiers and Ghosts: A History of Battle in Classical Antiquity

J. E. Lendon in his book, Soldiers and Ghosts: A History of Battle...

Patrick Geary is alarmed by the rapid progression of nationalist...
Article

Alexander the Great: A Case Study in Martial Leadership

History is not predictable; in many ways it can take on a life...

The Origins Of War: From The Stone Age To Alexander The Great

Contrary to popular belief, military history does not begin in...