by Massimo Manzo
published on 12 October 2022 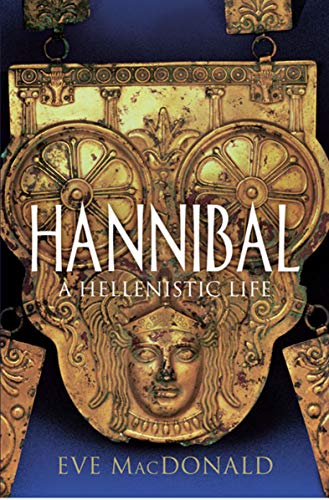 “Hannibal: A Hellenistic Life”, is a biography of the famous Carthaginian leader Hannibal Barca, strategic genius and bitter enemy of the Roman republic, who was able to perform incredible ventures during the Second Punic War (218-102 BCE). The author, archaeologist Eve MacDonald, approaches Hannibal’s life in an original way, writing a portrait that goes beyond the narrative built by Roman propaganda and focusing on political, social and cultural aspects overshadowed by other authors.

Hannibal: A Hellenistic Life is a biography of the famous Carthaginian leader Hannibal Barca, who lived between 247 and 188 BCE. Son of the brilliant general Hamilcar, who had taken part in the First Punic War (264-241 BCE), Hannibal inherited from his father unique strategic qualities and, according to tradition, a bitter hatred of the Roman republic. Thanks to his extraordinary military skills and charisma, he was able to perform incredible ventures during the Second Punic War, crossing the Alps and inflicting disastrous defeats on Rome, seriously endangering its very existence.

The author is archaeologist Eve MacDonald, Senior Lecturer of Ancient History at Cardiff University and an expert in Carthaginian history, who decided to approach the topic in an original way. Targeted for the general public, this book is particularly suited for readers that already have a general knowledge of ancient history and have read other biographies of the great Carthaginian general.

In the first part of her work, MacDonald dives into the historical context that precedes the birth of Hannibal, tracing an overview of the Mediterranean political scene that succeeded the death of Alexander the Great, whose myth of military invincibility will influence subsequent generations of tyrants, generals and statesmen, including Hannibal.

...Macdonald is able to draw a portrait of Hannibal that goes beyond, at least in part, the narrative built by Roman propaganda.

This is precisely the kind of analysis that makes MacDonald’s book stand out if compared to similar biographies of the legendary Carthaginian leader. Thanks to her experience as an expert working widely across the Mediterranean and the Ancient Near East and focusing on cultures outside the Greco-Roman world, Macdonald is able to draw a portrait of Hannibal that goes beyond, at least in part, the narrative built by Roman propaganda.

Helped by a gifted ability to write in a fluid but at the same time extremely accurate style, in this first part of the book the author describes the rise of Carthage to a maritime power and the breaking of the first Punic War, which saw its casus belli in the domination of Sicily.

The first, devastating conflict between the Romans and the Carthaginians is crucial, as the defeat suffered in the war will mark a period of crisis for Carthage, torn apart by a rebellion of its own mercenaries and fueling a very strong sense of frustration in Hamilcar and his followers. As a result of the crisis, at the age of nine Hannibal and his brothers will be forced to leave Carthage together with their father, who will build his fortune in Spain.

The author does not miss the opportunity to analyze the relationship between the young Hannibal and Hamilcar, that will play a fundamental role in the psychological development of the future enemy of Rome (useful is also a family tree of the Barca included in the book).

The volume then offers a complete description of the military and political events that marked Hannibal’s life, who will take his father's place in command of the troops stationed in Spain, following step by step the path traced by ancient historians in the description of the invasion of the Italian peninsula.

Unlike many other authors, MacDonald does not dwell too much on the military tactics used by the general in his most famous battles (Trebia, Trasimeno and Cannae), and for this reason, there are no maps of the battlefields in the book. Instead, she tries to explain the "political" motivation of some of the leader's fundamental choices, such as not to besiege Rome. In general, the book provides very few maps, essential to have a general knowledge of the places where the events took place (central and western Mediterranean, Carthage and environs).

MacDonald also does an excellent job exploring how Hannibal’s legend grew over the millennia. Another aspect that makes the book worth reading.

The Punic Wars were a series of conflicts fought between Carthage...
Definition

Carthage was a Phoenician city-state on the coast of North Africa...