After the Gauls defeated the Romans at the confluence of the Tiber and the Allia rivers, the Gauls marched on to Rome. In late July 390 BCE, the undefended city fell to the invaders to be burnt and sacked. Only on the Capitol Hill, did a small number of Romans put up a valiant defense, holding out until famine forced them to surrender. The Romans were forced to pay the Gauls a hefty ransom of gold to depart. The Gauls too had been decimated, by starvation and by malaria. To prevent their city from being sacked again, the Romans improved their military and strengthened the city wall.

In 391 BCE, Roman intervention broke the Gallic siege of the Etruscan city of Clusium. The next year, led by the Senones tribe and their chief Brennus, the infuriated Gauls went to war against Rome. The Roman army intercepted the Gauls on the banks of the Tiber, near its confluence with the Allia River, eleven miles (18 km) north of Rome. The Gallic charge shattered the Romans, who were utterly defeated. Now nothing seemed to stand in the way of the barbarians and the city of Rome. 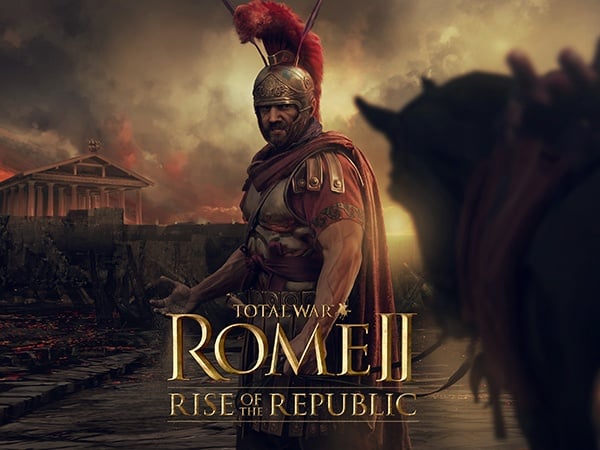 Total War: ROME II – Rise of the Republic is a thrilling new campaign pack charting the events surrounding Rome in the 4th century BC. The campaign unfolds across a detailed map of Italy including Sicily, Sardinia, Corsica and Carthage, and depicts the tumultuous events which ultimately set the stage for the Second Founding of Rome. Pre-order now, play on August 9th. Get the Game

The day after the battle, as the sun set on July 19th, the Gallic army arrived at the walls of Rome. The gates were not shut and no troops manned the walls. The ease of their victory at the Allia and the undefended city, made the Gauls suspect a trap. For now, the Gallic army encamped between Rome and the nearby River Anio. Scouts rode off to reconnoiter the walls.

Inside Rome, the crying for the fallen was replaced by a silent terror. At night, the yelling enemy cavalry was heard outside the city walls, but no attack came. Most Romans considered their city doomed; the few remaining fighting men could never hold the walls, which were little more than an agger (earth rampart) protected by a ditch. The only hope was that the Citadel on the steep Capitol Hill could be defended. There the Senate and the men of military age, along with their families, sought refuge. The priests fled the city carrying their religious relics, alongside many of the plebs who cleared surrounding fields of anything edible.

Two days or so later, the Gauls entered the city unopposed. They were surprised that large numbers of people had already slipped through their fingers. Stationing a cordon of troops around the Capitol Hill, the Gallic army ransacked the city. The Gauls burnt and killed until the city was reduced to ruins and ashes. They then turned to finish off the defenders on the Capitol.

The defense of the Citadel

The Romans on the Capitol Hill were determined to put up a spirited defense. The Gauls advanced up the hill with shields above their heads to ward off missile fire. The Romans let them come half way up, to where it was steepest, then charged, completely overwhelming their foes.

Deciding to avoid any more fruitless casualties, the Gauls decided to starve the defenders into submission. The Gauls faced food shortage as well; the fire had consumed the city grain supplies and the surrounding fields were stripped bare. To find food, parties of Gauls set off to loot the countryside.

The Gauls gained the summit, eluded the Roman guards & did not even wake the dogs. however, AT the Temple of Juno, the honking of her sacred geese finally alerted the guards.

While the siege of the Capitol continued at Rome, at the city of Ardea, the Roman general Marcus Furius Camillus rallied the citizens against Gallic raiding parties. Not far from Ardea, Camillus surprised and slaughtered a large throng of Gauls. Augmented with volunteers from Latium, a new Roman army was forming at Ardea. Their leader was Camillus, who by secret messenger from the Senate was made Dictator by order of the people.

Back in Rome, according to tradition, the Gauls attempted to infiltrate the Capitol by climbing the hill near the Temple of Carmentis, a goddess of birth. The Gauls gained the summit, eluded the Roman guards and did not even wake the dogs. They could not sneak by the temple of Juno, however, as the honking of her sacred geese finally alerted the guards. Led by Marcus Manilus, the guards confronted the Gauls. Manilus faced two of the enemy, hewing through the wrist of one of them. Manilus smashed his shield into the face of the other Gaul, who toppled over the wall and down the cliff. The remainder of the Gauls on the parapet was likewise dealt with, while those still climbing were dislodged with javelins and stones.

A PHYRIC VICTORY FOR THE GAULS

After seven months of blockade both the defenders of the Capitol and the Gauls were reduced to famine. The Gauls also suffered from malaria which killed them in such numbers that they gathered their dead into piles and burnt them. Nevertheless, the Romans on the Capitol finally surrendered and agreed to pay 1000 pounds of gold for the peaceful withdrawal of the Gauls. When the gold was weighed, the Gauls produced heavier, false counter-weights. The Romans complained, whereupon Chief Brennus replied “woe to the vanquished” and threw his own sword on the scales (Livy, The History of Rome, 5. 48).

The sources differ on what happened next. Livy wrote that Camillus and his army appeared and ordered the Gauls to leave the gold and the city. The Gauls refused to do so, and a chaotic battle amidst the ruins ensued. The malnourished and diseased Gauls were easily routed. At the eight-mile stone on the road to Gabii, the Gauls rallied but were again defeated by Camillus. Plutarch's account is similar, except that few Gauls died in the city, and their main defeat was on the road to Gabii. Polybius does not recount any Roman victory, stating that Gauls departed because their homelands were faced by an invasion of the Veneti. Diodorus relates that the Gauls left of their free will but were defeated by Camillus at the town of Veascium and by the Caeretans in Sabine territory.

Modern historians, for the most part, consider the defeat of the Gauls to be revisionism by classical historians loath to admit Rome's defeat. Possibly on their way home, the malnourished and diseased Gauls spread into smaller bands to ease living off the land. Such smaller bands could easily have been ambushed, allowing the Romans or allied tribes to recover at least part of the ransom.

Their defeat by the Gauls at the Allia River and the sack of their city made it clear to the Romans that they needed a more formidable army and better city defenses. The subsequent replacement of the clumsy phalanx with the smaller, more flexible maniples and the reliance on heavy infantry, armed with large semi-cylindrical rectangular shields, short swords, and javelins became defining features of the Roman army. Rome's fortifications became more formidable as well. The agger was raised and backed by five miles (8 km) of 12-foot (3.5 m) thick and 24-foot (7 m) high solid stone walls, surrounding the whole city. Although the political fallout from the defeat weakened Rome's position in Italy, the city endured and flourished. Not until eight centuries later, in 410 CE, would Rome again fall to an invader, the Germanic Visigoths.

Ludwig Heinrich Dyck
Born in Germany, Ludwig H. Dyck became a Canadian citizen through his father's citizenship. Since his first publication in 1998, Dyck has written for numerous popular US history magazines. His first book is the "The Roman Barbarian Wars."

Brennus (c. 390 BCE) was the Gallic war chief of the Senones who...
Article

The Battle at the Allia River, 390 BCE

The 390 BCE battle at the Allia River was fought between the city...
Definition

Roman Gaul is an umbrella term for several Roman provinces in western...
Article

Ever since the 4th century BCE, the Gallic tribes of northern Italy...
Definition

Roman warfare was remarkably successful over many centuries and...
Definition

Gaul (Latin Gallia, French Gaule) is the name given by the Romans...

Submitted by Ludwig Heinrich Dyck, published on 20 July 2018. The copyright holder has published this content under the following license: Creative Commons Attribution-NonCommercial-ShareAlike. This license lets others remix, tweak, and build upon this content non-commercially, as long as they credit the author and license their new creations under the identical terms. When republishing on the web a hyperlink back to the original content source URL must be included. Please note that content linked from this page may have different licensing terms.