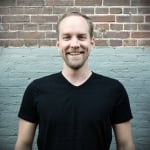 For as long as I can remember, history has caught my interest on a grand scale. Although I spent the majority of my studies delving into (early) modern subjects, I've since drifted off to the marvelous medieval matters that preceded them.

Interestingly, Roman law and Athenian democracy get a lot of credit for being some of the foundations of the modern world. But in the same vein, I think the Middle Ages played as significant a role in the advent of modernity as Classical Antiquity did. That's why I've made it my mission to keep exploring the meritorious Medieval Era.

This golden statue, called the Magdeburger Reiter, is believed...