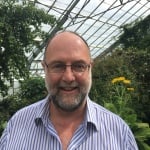 Greg Woolf is the Director of the Institute of Classical Studies, School of Advanced Study, at the University of London. Previously, he has served on various UK national bodies including committees and councils of the Roman Society, the Classical Association, the Leverhulme Trust, the AHRC, the QAA and the HEA. In 2019 he chaired the national coordinating committee for the FIEC and the Council of University Classical Departments and is a member of the Trustee's Research Committee of the British Museum. He serves on various editorial boards including those of BICS, Ancient West and East, Gallia, Journal of Global Migration History, Religion in the Roman Empire, and of the monograph series Impact of Empire.